The Configuration window is displayed. 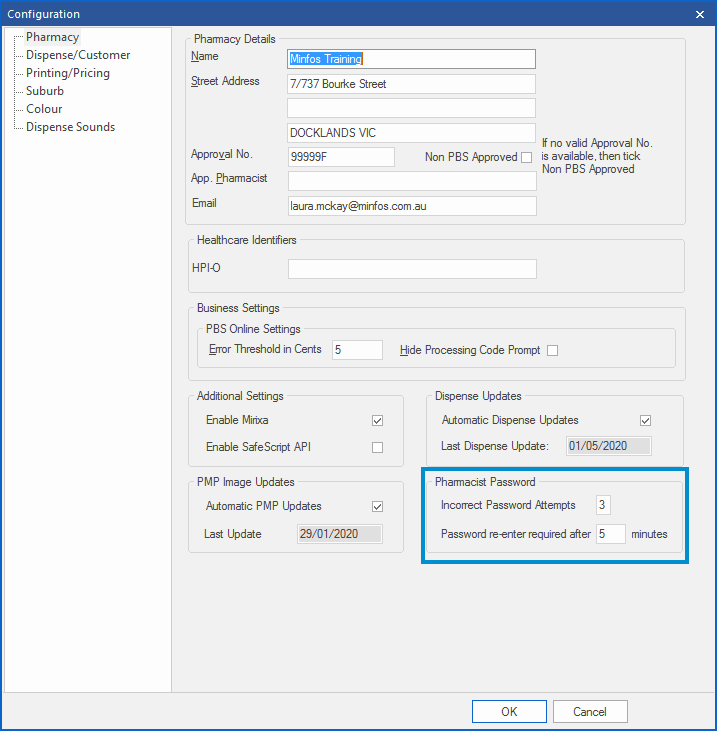 By default, Minfos will allow for 3 incorrect password attempts before the Pharmacist is locked and cannot dispense any eScripts until their password has been unlocked.

You can adjust the number of allowed attempts by changing the value in the Incorrect Password Attempts field.

After a defined period of time, the pharmacist's password needs to be entered on the Dispense Form. By default this is every 10 minutes.  You can adjust this period by entering the time, in minutes, in the Password re-enter required after field.

When the pharmacist's password needs to be re-entered, at the end of the dispensing process the dispenser will be prompted for the password on the Dispense Save and Process this Script? window. 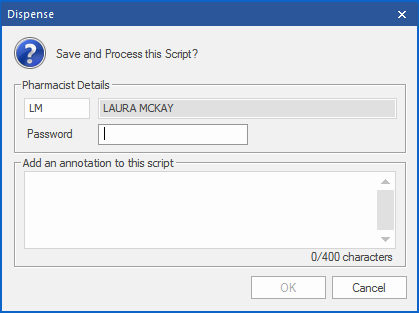